Samsung has made a name for itself with its Galaxy line of phones and the S22 is no exception. It’s an elusive phone that will likely appeal to those who want something unique while still not sacrificing on performance or design. We take it up in the air, down into our data center, and then give you a good look at what Samsung has brought to this latest release 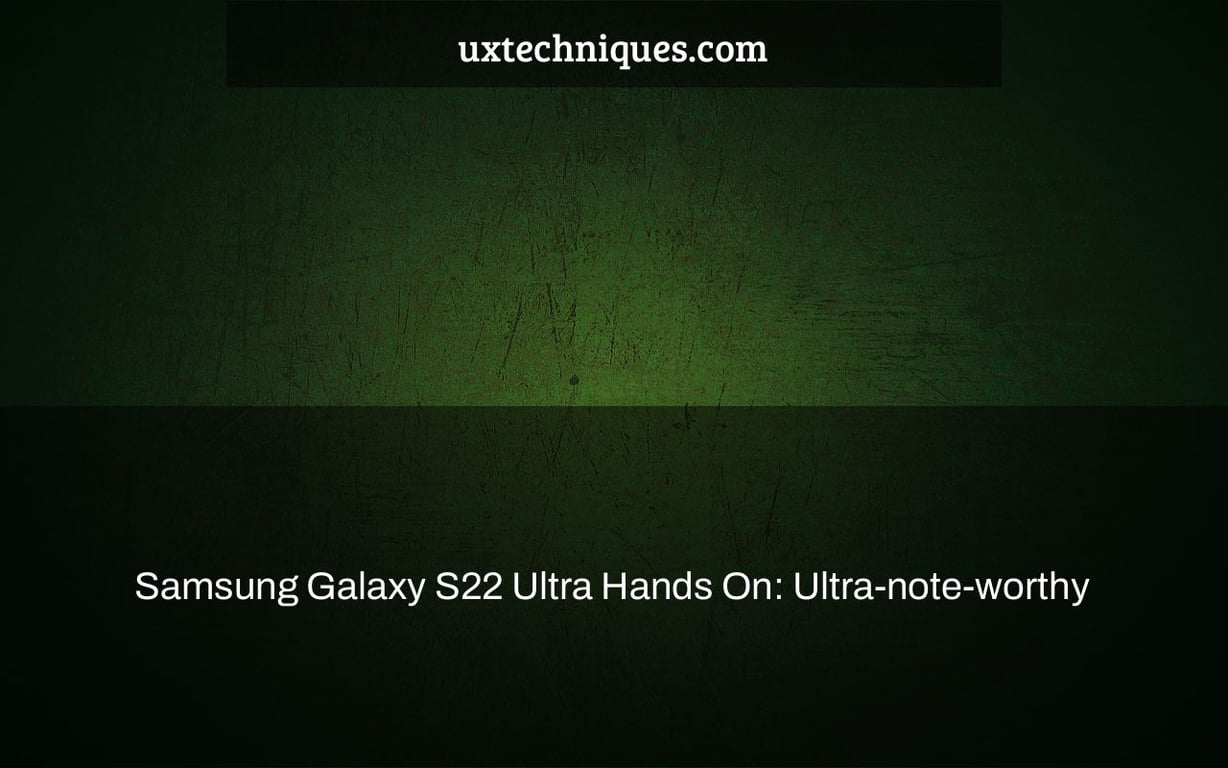 Samsung did their best to keep the leaks under control, but we were just inundated with so much fantastic things, my personal favorite being the Samsung Galaxy S22 Ultra, which is bringing back a legacy that had been absent for a year and is simply better this time. To put it in one word: Ultra-notable.

The Samsung Galaxy S22 Ultra is the Note we’ve all been waiting for.

If you’ve been waiting for a successor to the Galaxy Note, you’ll be happy to learn that the S22 Ultra is it, with no caveats. It not only puts the phone back to life, but it also gives us the same experience in the same Note body that we learned to love. Samsung seems to have resumed up just where they left off. The S Pen is now fully incorporated into the phone, and the S21 Ultra’s approach to the S Pen is no longer relevant. It may not be a note in name, but it is a note in reality.

The surface is highly polished.

Have you noticed how the Galaxy S22 Ultra continues where the Note 20 Ultra left off? If you recall the Note20 Ultra design with its beautiful Copper color that just looks beautiful and stands out with its curved body and flat top and bottom, the S22 Ultra refines that with a much more rounded of feeling with smooth edges that slips beautifully into the frame more than ever before, making it difficult to tell where the glass ends and the frame begins.

Oh, the S22 Ultra is a heavy smartphone, I must say. It’s a little thicker than the S21 Ultra, which I use on a daily basis.

The S Pen I adore has arrived.

We live for the S Pen as Note fans, and the S22 Ultra delivers the same, if not better, experience I experienced with the Note series. Not only that, but it’s now even better with some serious under-the-hood improvements that any creative would appreciate, such as reduced latency to 2.8ms, an upgrade of the Wacom handwriting component, and the software throwing in some extra tricks to make the experience predictable and learn from its users.

This is the first time we’ve seen the Snapdragon 8 Gen 1 processor.

Personally, I was hoping to see the upcoming Samsung Exynos 2200 with AMD’s RDNA 2 technology, dubbed Xclipse GPU. But, according to Samsung, Malaysia will get Qualcomm Snapdragon 8 Gen 1 “because to the scarcity,” and I’m not sure how I feel about that. Let’s not leap to any conclusions just soon, but in terms of the remainder of the specs, we’ll be getting:

Moving on to the Samsung Galaxy S22 Ultra’s additional features, we’d like to point out the following:

In terms of cost, the Samsung Galaxy S22 Ultra is available in three different versions in Malaysia:

The “s22” is Samsung’s newest flagship phone. It has an ultra-note-worthy design, a large battery, and a top-notch camera.

Is Note 20 Ultra worth the extra money?

A: A few people have said that the Ultimate version of Note 20 is not worth it because you have to purchase a new controller (the Standard edition only comes with one). However, most reviews agree that this model does contain some extra features.

Is it worth getting the Samsung Ultra?

A: The Samsung Ultra is a very good phone, with Amazon giving it 4.7/5 stars and over 2200 reviews. It has an excellent camera, but the battery life may be too short for some peoples tastes.

Which Note 20 Ultra is best?

A: The Note 20 Ultra is the best option for your needs. It offers a better build quality than any other model, as well as great performance and battery life.

What makes the internet the largest computer network?